Share a memory
Obituary & Services
Tribute Wall
Read more about the life story of Ralph and share your memory.

He was born September 25, 1941, in Victoria to Herman and Celestine “Sally” (Dreiling) Wellbrock.  On September 28, 1963 he married Patty (Herman) Wellbrock in Hays.  He grew up on the family farm near Vincent, Kansas, and still enjoyed any opportunity to “go play in the dirt”.  In 1959, Ralph graduated from Victoria High School.  He was a member of the St. Mary’s Third Degree Knights of Columbus Council #6984 in Hays, St. Fidelis Fourth Degree Assembly #305 in Victoria, where he took on many offices including Faithful Navigator, and St. Joseph Catholic Church, where he served as an usher.  For 12 years Ralph was a volunteer firefighter with the Hays Fire Department.

Ralph began working at Hays Machine Works in 1963 when he was hired to help them out for two weeks.  He ended up staying for the next 12 years until opening his own welding and machine business in 1975.  He owned and operated Ralph’s Welding and Machine from 1975 until his retirement in 2010 then spent the next twelve years continuing to tinker on various projects including restoring a 1947 Jeep Willys.  He especially enjoyed supporting his grandson Adam and following all his activities.  He was always very fond of naps, although he would always say he was “just thinking”.  Ralph will forever be remembered for the numerous projects he designed, built, and repaired in and around the community, as well as the ornery twinkle in his eye.

Survivors include his wife Patty of the home, his daughter: Lori Flax and husband Eric of Hays, a grandson: Adam Flax of Plainville, two sisters: Doris Schmidt of Catharine and Melene Rohr of Wichita, and three sisters-in-law: Wilma VonLintel and husband Regis of Victoria, Merline Wellbrock of Anthony, and Norma Wellbrock of Hays.

He was preceded in death by his parents Herman and Sally, his brothers; Leroy, Milton, Jerry, Leon, and Donald Wellbrock, and infant brothers: Jerry and Gary Wellbrock.

Mass of Christian Burial will be at 10:00 am on Tuesday, January 10, 2023 at St. Joseph Catholic Church.  Burial will follow in St. Joseph Cemetery.  Visitation will be from 5:00 pm until 8:00 on Monday and from 9:00 am until 9:45 on Tuesday, all at Hays Memorial Chapel Funeral Home.  A Daughters of Isabella rosary will be at 5:30 pm, a vigil service will be at 6:30 pm, followed by a combined Third and Fourth Degree Knights of Columbus rosary, all on Monday at the funeral home.  Memorials are suggested for masses or to a memorial to be established at a later date.  Condolences and memories of Ralph may be shared with his family at www.haysmemorial.com

To send flowers to the family or plant a tree in memory of Ralph C. Wellbrock, please visit our floral store. 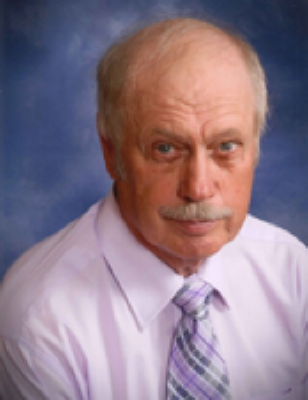