Share a memory
Obituary & Services
Tribute Wall
Read more about the life story of Ruth and share your memory.

She was born February 28, 1929 in Webster, the daughter of Charles J. and Eunice (Selby) McCormick.  She was a graduate of Webster High School, and on December 11, 1947 was united in marriage to Charles A. “Buck” Miller in Osborne.  They were married over 45 years before he preceded her in death on April 5, 1993.  Ruth and her husband were residents of Oakley from 1961 until 1983 when they moved to Hays and owned and operated The Bridal Shop.  In 2011, Ruth moved to Stockton.  She was a member of First United Methodist Church in Hays, loved her volunteer work with Hospice and the ARC of Central Plains, and enjoyed sewing, clothing alterations, and traveling.

She was preceded in death by her parents, husband Charles, and three sisters: Mabel Lowry, Neva Holcomb, and Beulah Waters.

Funeral services will be at 10:00 am on Thursday, December 1, 2022 at Hays Memorial Chapel Funeral Home, 1906 Pine Street in Hays, with Rev. Delbert Stanton officiating.  Burial will follow in Stockton City Cemetery.  Visitation will be from 9:00 am until service time on Thursday at the funeral home.  In lieu of flowers and plants, memorials are suggested to the ARC of Central Plains or to Hospice of HaysMed.  Condolences and memories of Ruth may be shared with her family at www.haysmemorial.com

To send flowers to the family or plant a tree in memory of Ruth Elaine (McCormick) Miller, please visit our floral store. 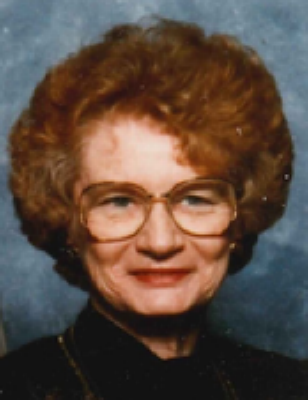